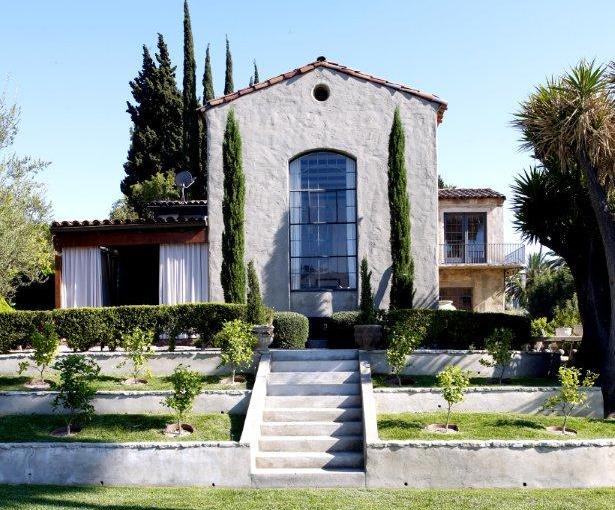 And now for something a little bit different – a peek into the home of Grey’s Anatomy star Ellen Pompeo. According to Martyn Lawrence Bulard, the Los Angeles based interior designer responsible for decorating the eclectic abode, ‘The architecture completely led the interior decoration. The structure is covered in Gunite, an early 20th century form of concrete skim that gives the house an authentic Italian villa feel. The house was built in 1923 and only the pool and a pool house are recent additions that we added to the grounds.”

The pared-back kitchen was designed for Ellen to cook her favorite Italian style food in. The floor is covered in reclaimed antique French terracotta tile while the cabinets and Viking cooker are all stainless steel. The Viking fridge is balanced by a spectacular Salgado photograph of an Indian train station. This photo is said to have inspired the final scene of the movie Slum Dog Millionaire.

The “Bugatti” style mirror was originally designed by Martyn Lawrence Bullard for Cher, but found the perfect home in this room. The antique Italian farm table provides a rustic feeling, while the three hanging fixtures from Caravane Chambre 19 in Paris add a Moroccan flavor. The candlestick is 18th century Turkish and was found in the Grand Bazaar, Istanbul.

The wall behind the bed is hung with Egyptian tapestry that creates an exotic flavor. The bedding is by Calvin Klein, while the antique Moroccan embroidered pillows are from Pat McGann in Los Angeles. The grey lacquer side tables are vintage Edward Wormley and the lamps are from the 1940s. The rug is vintage Afghani from Amadi Carpets.

A bathtub from Waterworks sits on antique French terracotta tile. The ladder is 19th century Chinese and is to hold towels. The teak étagère is also from Waterworks while the zinc “garden stool” is used as a side table and came from American Rag et Cie, Los Angeles.

In the living room the ceiling height is accentuated by using a custom Mousharabi screen mirror made for the space. The wall lights are Spanish from the 1920s while the Edwardian club chairs were upholstered in a nubby linen from Schumacher. The side table is ancient petrified wood from ABC Home, New York.

Above the living room fireplace sit four Fatima mirrors by Martyn Lawrence Bullard. A photograph by Nick Brandt rests next to the fireplace, while an 18th century Italian ebony chair sits on the other side. The tray table from Caravane Chambre 19 in Paris is glamorized by a rare white Picasso ceramic candelabra. The rug is Afghani.

The stairwell that ascends to the bedroom floor is located at one end of the great room. The rug is vintage Afghanistan wool dhurrie and the chairs are French from the 1940s. The Chinese artist’s table is 19th century and displays beautiful photographs by Sebastiao Salgado. The Moroccan screen dates from the 19th century. The pillows are covered in C&C Milano fabric.

The outdoor porch is screened off for shade while using Sunbrella white outdoor fabric curtains. The tray table is circa 1950s from Hollywood at Home. The pillows are covered in Marrakesh fabric, Baltic color, from Martyn Lawrence Bullard Fabric.

To add an exotic touch to the pool, a Jaipur sofa in teak from the Martyn Lawrence Bullard Home collection was placed at the end of the pool. The pillows are covered in Perennials outdoor fabrics. Cypress trees provide privacy and shade in the hot summer.

The back view of Ellen’s house shows the Spanish Revival architecture and the original gunite wall treatment dating from 1923.

Martyn Lawrence is renowned for his broad range of styles and eclectic, yet sophisticated and always inviting interiors. Martyn’s extraordinary attention to detail and commitment to quality have won him international acclaim. His work has appeared in over 4000 publications worldwide including Architectural Digest, Elle Decor, House & Garden, Interior Design, W, Vogue, House Beautiful, both the New York Times and the Los Angeles Times and many more. 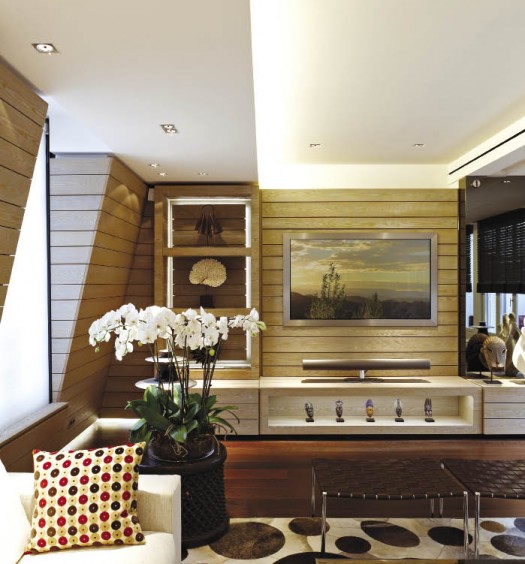 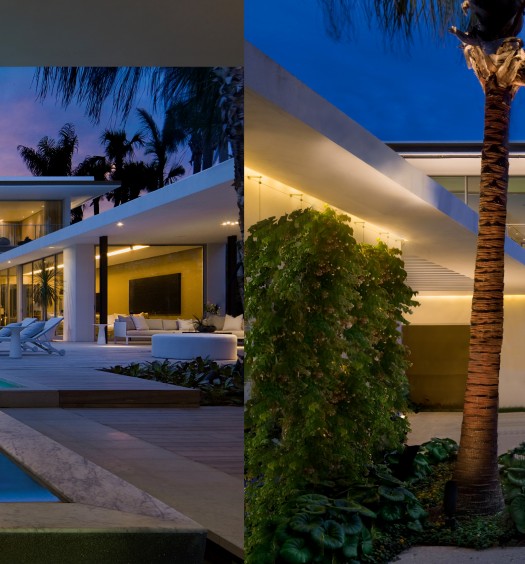