Almost every person has a fond childhood memory that involves ice-cream – from hearing the ice-cream van a mile away to enjoying these delicious treats on a balmy summer’s afternoon. One would think then, that due to its popularity, a sound record of its history would be easy to come by. However it seems that the history of ice-cream remains a mystery even today.

The beginnings of ice-cream

In the fifth century BC, ancient Greeks sold snow cones mixed with honey and fruit in the markets of Athens.

Before the development of modern refrigeration, making ice-cream was a labourious task. Ice was cut from lakes and ponds during the winter and stored in holes in the ground or in wood-framed brick icehouses. Ice-cream was then made by hand in a large bowl placed inside a tub filled with ice and salt. This method was called the pot-freeze method.

In 1843, Nancy Johnson patented the hand-cranked churn which produced smoother ice-cream and in a quicker amount of time. In the years that followed, a variety of inventors patented improvements on Johnson’s design up until today where making ice-cream at home is a delicious a reality.

Flavours for every day

The popularity of ice-cream grew in the second half of the 20th century after refrigeration became common. During this time, there was an explosion of ice-cream stores, of flavours and types as well.

In Italy, gelato tickles the palate while in Japan during the cherry blossom season, ice-cream is available that is actually flavoured with cherry blossoms. India and Pakistan are renowned for Kulfi which is a traditional dessert that is denser than normal ice-cream whereas sorbetes (not to be confused with sorbet) is a Filipino version of ice-cream usually peddled from carts that roam the streets.

Today the ice-cream industry is ablaze with a variety of big names and flavours. When it comes to ice-cream producers, Ben and Jerry’s, Häagen-Dazs and Ola are some of the many brands with great international presence. Magnum, produced by Ola, has had super stars such as Eva Longoria-Parker feature in its advertising campaigns.

From ice-cream lollies and cones to ice-cream cakes and sundaes, it is no wonder this well-loved and mouth-watering treat is enjoyed the world over. 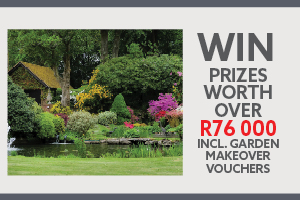