The origin of tea dates back well over 5 000 years where legend suggests that Shen Nung, a Chinese emperor, discovered the advantages of tea. Tea then travelled from China to Japan and Japanese tea ceremonies were brought about whereby tea was elevated to an art form. While such artistry led to the development of tea houses in which the Geisha – Japanese entertainers – kept the purity of the tea ceremony alive, the original concept began to disappear.

Today, the consumption of tea “easily equals all other manufactured drinks in the world – including coffee, soft drinks, and alcohol put together” (www.wikipedia.org). The health benefits equated with tea far supersede those of other beverages. Tea drinking has been proven “to be associated with cell-mediated immune function of the human body…as well as normalising blood pressure, lipid-depressing activity, prevention of coronary heart diseases and diabetes, by reducing the bloodglucose activity” (www.widipedia.org).

All tea comes from the leaves of a tree known as the camellia sinensis. Essentially there are five basic types: black tea, oolong tea, green tea, yellow tea and white tea. Herbal tea (tisanes), such as Rooibos, Honeybush, yerba mate (a species of holly) and fruit teas, contain no camellia sinensis and are therefore not considered “real tea”.

One of the most common errors one can make when making a pot of black tea is to add water before it has reached boiling point. Many active substances in the tea don’t develop at temperatures lower than boiling point.

Oolong tea is semi-fermented tea. Spring water is highly recommended in brewing oolong tea, as it tends to enhance the flavour considerably. Oolong tea improves with re-use, so multiple brewing can be done.

Yellow tea, also known as Golden Needles, is non-fermented or non-oxidized tea. While not being extremely popular, yellow tea is expensive due to its rarity. I

Intriguingly, white tea is made up of white buds and select leaves which have been steamed and sun-dried. As it is the least processed form of tea, it contains more nutrients than other types of teas as well as far less caffeine. This type of tea is extremely rare.

Herbal tea is one of the healthiest forms of tea available. Teas such as yerba mate boost energy levels, promote weight loss as well as provide mental focus and clarity. The colour of beauty

Read More
The colour of beauty
12 years ago
Themed 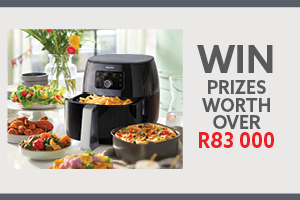