By Janine Jorgensen  •  5 years ago

Redesigning a home always takes careful consideration, but when it involves merging two very different styles, it may also necessitate a certain amount of compromise. These newly married home owners wanted to modernise their dated house, but with one favouring a minimalist, contemporary look and the other loving classical glamour, where does one begin?

Fortunately for the couple, they called on the professionals, with interior designer Driekie Thomas-Barnard of House of Interiors guiding them in combining their differing tastes.

“I think a big part of the success was the initial planning phase; we spent a lot of time together to give input on what our likes and dislikes were,” says the home owner.

To mix the two styles, yet create a cohesive look, the same colour palette of rich hues, balanced with cooler tones of turquoise, metallics, mauve and white, has been used throughout the interior.

A further challenge faced by the couple was the home’s outdated walls, from niches to the plasterwork. Some significant structural additions were needed when renovating, but instead of replastering the entire house to update the space, wallpaper, coloured paint and accents such as mirrors have been used. In the formal lounge, the original red leather lounge suite has been retained, but given a new lease on life when layered with jewel-toned scatter cushions.

The striking portrait in red and blue was actually bought by the home owners before they began redesigning the room, and it was a lucky coincidence that it complemented the decor scheme.

The main bedroom is the home owners’ favourite room. With a romantic feel, a walk-in closet and two en suites (one for him and one for her), every need has been catered for. The chandeliers in this space echo the other opulent light fittings in the house, and provide a glittery touch of elegance that plays to one half of the couple’s “love of bling”. Although perhaps not her husband’s first choice, these fittings and other classical accents work well when combined with a more streamlined style, creating a home that’s now neither too demure, nor over the top.

The end result has made the home owners proud. “We never want to go away on holiday again, simply because we can’t imagine staying in any accommodation that is as beautiful as our house,” they say. And with more than enough space in which to relax, including an outside entertainment area, bar and even a sauna, they may not have to. 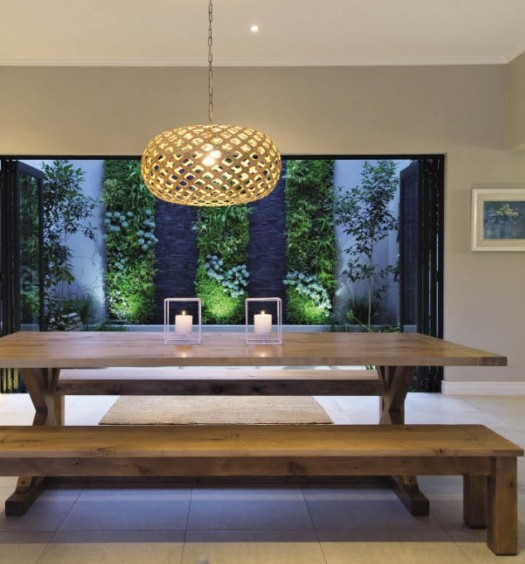 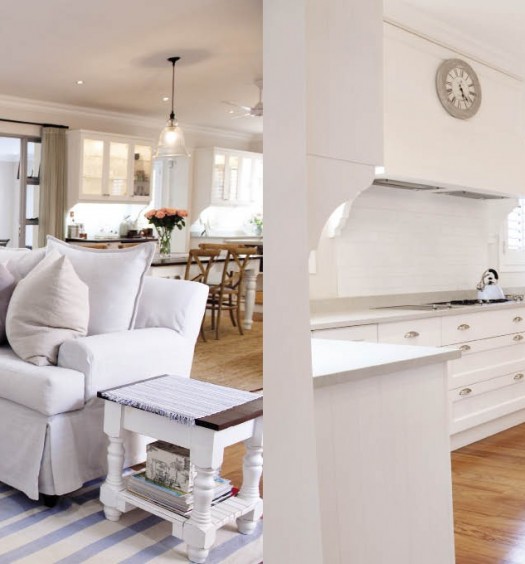